Hemlock woolly adelgid (Adelges tsugae), or HWA, is an invasive insect that is a serious pest in eastern North America, damaging and killing eastern North American hemlock species. Established populations are known in southwestern Nova Scotia (since 2017) and in the Niagara Region of Ontario (since 2019). Its known range has continued to expand in both regions. An additional, established population was discovered in 2022 in Grafton Ontario, on the opposite side of Lake Ontario from the Niagara Region sites. Because it is difficult to detect, HWA could be established in other regions as well. Be on the lookout, early detection allows more options for mitigating the insect's impact.

Watch a short overview of HWA in Nova Scotia

Biology
The adelgid is tiny insect, less than 1.5 mm in length. In North America there are only female HWA, which reproduce asexually. There are two generations of HWA on hemlock each season, with the more fecund generation laying up to 300 eggs per female. The newly emerged nymph, called a crawler, is the dispersing stage of the insect moving to new trees by wind, on the feet of birds, or in the fur of small mammals; it spreads 12 km or more per year. Once the crawler finds a location to feed, it inserts its stylets (mouthparts) into the twig and becomes immobile. The nymph feeds on the tree's stored starches, depleting its energy stores. Feeding by HWA also induces a systemic defensive response, which further damages the tree. The insect is inactive through much of the summer, resuming feeding and development in the fall. During this time, the nymph produces its distinctive woolly white covering.

Trees at risk
Hemlock woolly adelgid is a threat to eastern (Tsuga canadensis) and Carolina hemlock (Tsuga caroliniana), but Carolina hemlock is not found in Canada. In the southeastern US, both these hemlock species have shown little resistance to HWA, and die within a few years of infestation. In the north part of HWA's range, some infested hemlock survive longer, ten years or more. Trees growing in more stressful sites or conditions are more vulnerable, as are older trees. The ecological impact of HWA in hemlock-rich areas could be considerable – hemlock cover modulates stream temperatures and buffers nutrient inputs, it stabilizes soils and provides habitat for animals and plants.

Current range
In eastern Canada, the adelgid is considered established in southwestern Nova Scotia and in the Niagara region of Ontario. In the U.S., the eastern population of HWA is distributed from Georgia and Tennessee northeast to southwestern Maine.

Detection
On infested trees, white woolly patches are found on the underside of twigs near the base of the needles. They are easiest to see in late winter or spring when they are larger (March to May in southern Ontario). Carefully inspect the underside of the branches especially the younger twigs. The adelgid is difficult to detect at early stages of the infestation when there are few insects, which may be located in the upper branches of the tree. At later stages of infestation there will be dieback of foliage and twigs. The distribution of HWA infested trees within a forest can be patchy - start by looking at hemlock trees along streams where HWA are often transported by birds.

What you can do
If you think you have found hemlock woolly adelgid in Canada outside of its known range, contact the CFIA's Plant Health Surveillance Unit

HWA land manager working group for Ontario A group of stakeholders in Ontario are collaborating to prepare and plan for the arrival of HWA in Ontario. Contact us to find out more.

Doing outreach?
A ready-made presentation for outreach about HWA is available. Contact us for the most recent version. 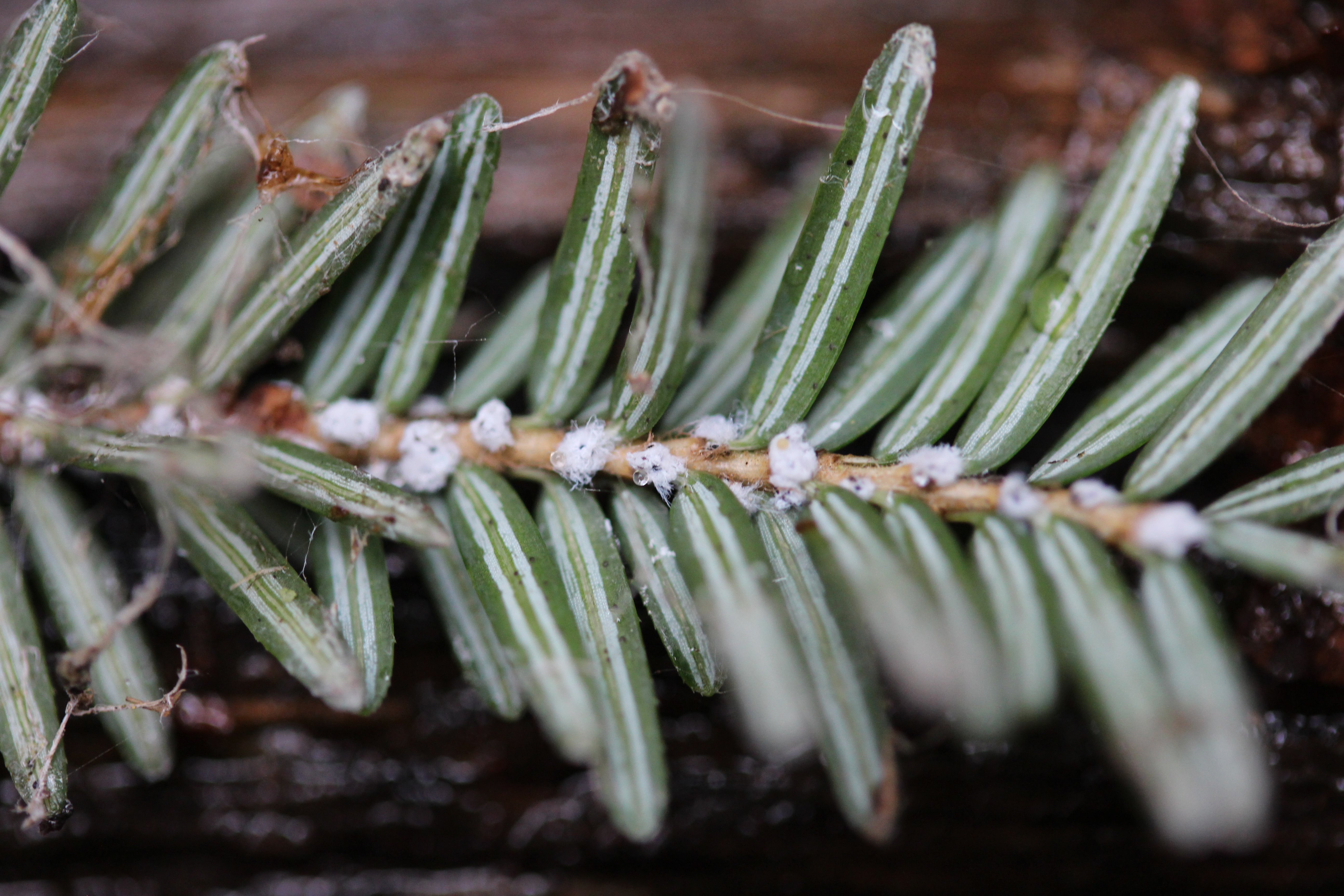